Mari welcomes me to the ‘Filmiä- ja valoa elokuvafestivaali’ at Matin-Tupa Cinema. She introduces me to the past, present and future of the cinema that’s been in her family for 70 years.

The Matin-Tupa (or Matti’s comfortable little cottage) cinema was opened in Ylistaro, South Ostrobothnia on 6th Jan 1946 by Matti W. Luoma, with a screening of ‘Urhojen tie’, or Union Pacific , by Cecil B. DeMille. It has been a second-home for four following generations of the Luoma family, and is currently managed by Anssi Luoma, with help from his daughter Maija. You’ll here Maija make an unscheduled entrance in this episode, while I was speaking to her sister, Mari. 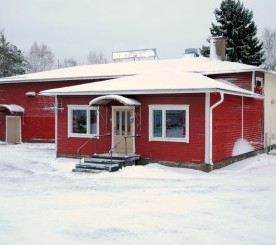 Foyer at the front, Auditorium at the back. Picture: Matin-Tupa 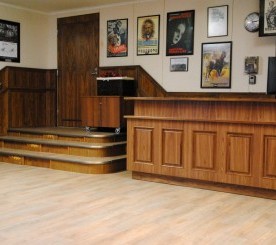 Into the foyer… Picture: Matin-Tupa 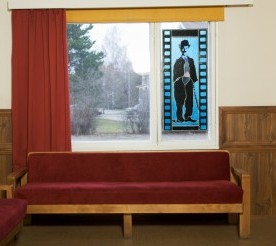 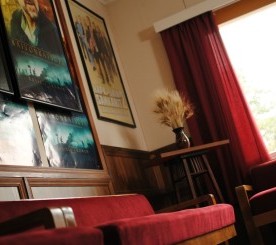 And no sign of a popcorn machine! Picture: Matin-Tupa

Matin-Tupa is a single screen cinema of wooden construction, with the technology to be able to project both 16mm and 35mm film, along with modern digital 3D movies. Unsurprisingly, the old film is only projected occasionally nowadays,  in fact, only once in 2015. Mari and I sat down in the projection room(!) during the annual, Filmiä- ja Valoa elokuvafestivaali. This three-day event is an eclectic mix of local documentaries, live musical accompaniment to old movies, current Hollywood films and live performances of music from movies. You can hear my interview with one of those film-makers in next week’s show. You can see the programme for 2015 here http://www.filmiajavaloa.fi/fv//Ohjelmakartta_2015 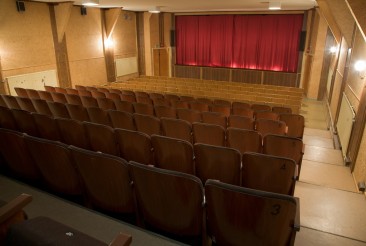 In the auditorium. Picture: Matin-Tupa

My kids, Olli & Evie, waiting for the Force to Awaken 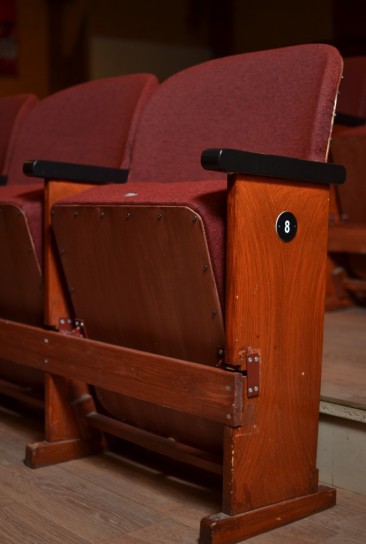 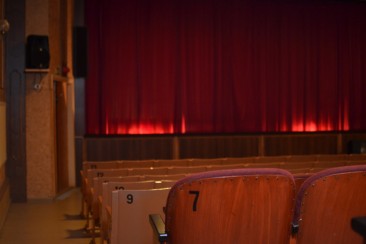 Looking towards the screen and the wooden seats. Picture: Matin-Tupa 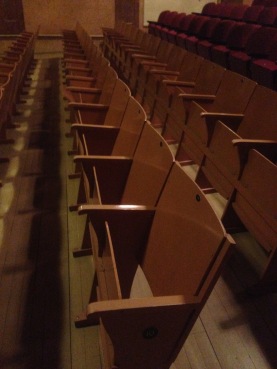 I guess the locals know to bring their own cushions!

You’ll here Mari tell me about some of the famous Finnish visitors to the festival, here are some links to some more background on these guests:

When you listen to the podcast, you’ll hear Mari tell me about the significance of the old green sofa, that the younger family members used in the cinema. The podcast ends with my thoughts following a visit to watch Star Wars: The Force Awakens, with my children and Brother-in-Law, where we saw a few of the original Star Wars posters from Anssi’s collection of 20,000 movie posters!

The steps up to the Projection Room. Picture: Matin-Tupa

Finnish words in this Episode