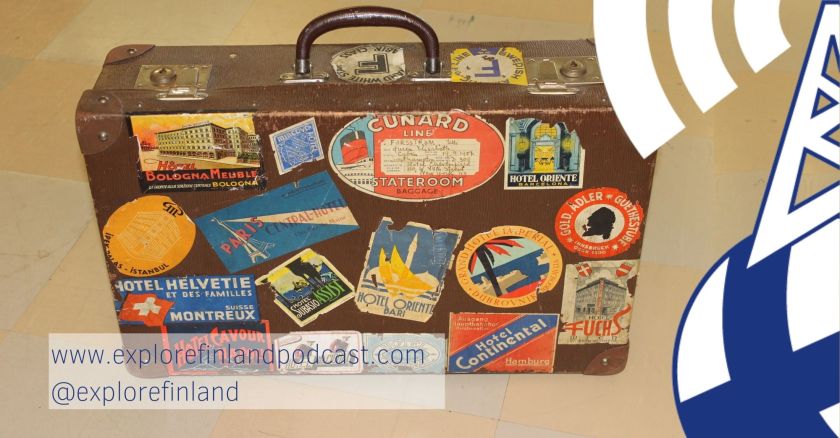 Tella tells about Finland’s historical emigration, where people came from, where they eventually settled and some that made their fortune and came back again.

In this episode we walk around the Finnish Emigrant Museum and discuss the cause of the exodus of Finns in the late-1800’s and well into the 1900’s. Tella takes me around the museum, explaining the effect of the new railway in allowing Finns easier access to the new Steam Ships that were leaving the port of Hanko for the New World.

If you are an American-Finn, Canadian-Finn or an Australian-Finn, it’s just possible that we’re talking about your ancestors. You’ll hear Tella talking about some specific American-Finns and families whose property has been donated to the museum? You’ll also hear Tella explain about the display of photographs of American barns, which also have Finnish heritage!

We walk through the exhibits and I learn about Sointula – a Utopian Finnish settlement in Canada. We also discuss the type of work that was undertaken on sugar plantations in Australia (which leads nicely to an outdoor tour of some buildings that have been moved and reassembled in Peräseinäjoki (but more of that in a future episode.)

Photo gallery from the Museum

Next episode – Finnish Music Traditions: From Folk to Rap! Link