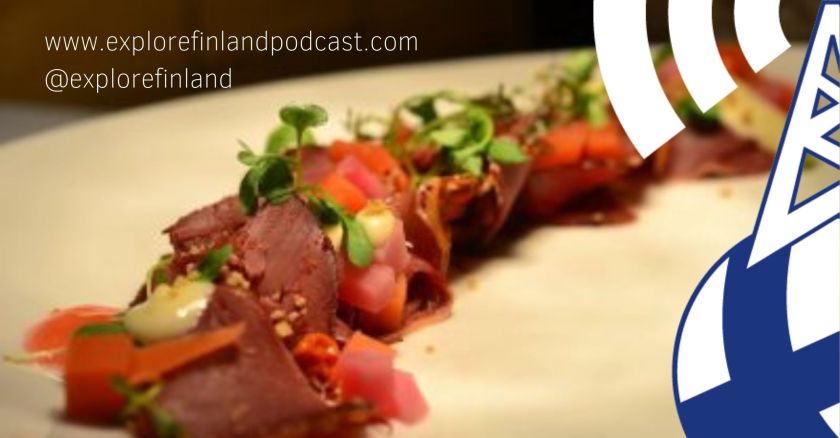 This week I get to sit down with Miia Keski-Nikkola and talk food, which is no hardship for me; busting some myths, discussing Mother Nature’s offerings and looking at traditional Xmas Food.

In this episode, first of all, Miia and I talk about some of the myths about Finnish food. It’s not all pickled herring here in Finland, it’s rather more ordinary; pork, chicken and beef. Miia, being a Farmer’s daughter, is the ideal person to explain how basic, everyday food has changed in Finland. Like many countries, globalisation has brought a wider variety of everything, especially fruit & vegetables.

We then talk about some of the more unusual Finnish food, you’ll hear us talking about Mämmi, Salmiakki and voileippakakku (translations below, explanations n the podcast!) Miia also tells about the hard rye bread,traditionally stored on poles across the ceiling, in days of old. Somehow we managed to overlook the subject of reindeer, although as non-Finns find the idea of Rudolph-flavoured pizza, maybe that’s for the best! 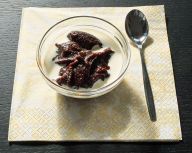 Voileipäkakku By Anneli Salo (Own work)

Miia then takes me behind the scenes of Ravintola Juurella, the restaurant she co-owns in Seinäjoki. Miia explains the atmosphere they are aiming to create. The menu consists of locally sourced produce, cooked to produce ‘honest’ flavours, but presented artistically. This has earned Juurella it’s position at the head of the fine-dining restaurants in the area. 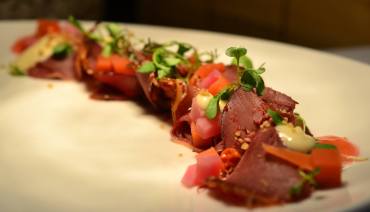 Miia Preparing to Welcome YOU to Ravintola Juurella

Finally, we discuss traditional Xmas food; roasted pork, several ‘laatikko’ dishes, various salads and smoked or salted fish. It’s got me looking forward to Xmas Eve already but, until then, I guess we’ll all have to make do with my previous blog post about my family Xmas Eve. 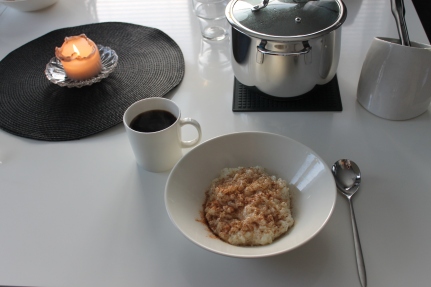 Rice porridge to start the day

A full plate (the first of many!)

Finnish words in this Episode

Next episode – The Magic of Midnight Golf in Finland